On August 20, 2020 the Northern Border Regional Commission (NBRC) announced that Greater Franklin Development Council (GFDC) was awarded an Economic & Infrastructure Development grant for its competitive application. NBRC’s press release stated, “We believe that this year’s awardees are among our strongest group thus far in Maine, and across all four Northern Border states.”

The $1,000,000 award supports a project that will provide high-speed fiber optic internet for the towns of Carthage, Perkins, Temple, Washington, Weld and Wilton, improving the ability of residents to diversify the economy, work and learn from home, establish home-based businesses, reverse out-migration and attract new residents.

GFDC Executive Director Charlie Woodworth states, “Our solution for the county recognizes the need to be a public/private partnership where towns share in the investment along with the internet service providers (ISPs).  We are now ready to begin our very first implementation project and the $1,000,000 NBRC award will go towards reducing the town portion of the required investment.”

GFDC is grateful for the recognition of their project from the broad and strong support that we have received from the ConnectMaine Authority, DECD Commissioner Heather Johnson, Governor Mills, our entire Federal Delegation, our state senator Russell Black and representatives Tina Riley, Scott Landry, Randy Hall and Tom Skolfield.  GFDC is also grateful to be working with their consultant Brian Lippold of Casco Bay Advisors.  “Brian’s deep industry knowledge and perspective have been essential to our progress”, Woodworth said.

This project would not be moving ahead without the dedication of each of the town selectpersons and the many citizens that have organized and are speaking up about the opportunity that broadband creates for their communities.

Weld Selectboard Chair, Tom Skolfield summed it up well when he stated, “This grant application recognizes the necessity of establishing public/private partnerships as viable solutions for our rural region.  This NBRC request is for 10% of the project cost with the remaining investment coming from the provider, towns and hopefully the state.  We believe this project will be a model for how other areas in Maine can approach this funding challenge.”

The Franklin County Broadband Initiative began four years ago as a grassroots collection of citizens that identified inadequate broadband as preventing rural Franklin County from growing and succeeding.  The nucleus of this group was The Opportunity Center of North Franklin County.  Through deliberate outreach and many conversations each of the twenty-two towns (including the Androscoggin county town of Livermore Falls) plus the fourteen townships came to agree on the need for a county-wide broadband initiative that would result in putting them on an even playing field with their connected urban neighbors.  This initiative has received planning support from each of the towns and townships,  ConnectMaine, Maine Community Foundation and the county commissioners.

Greater Franklin’s mission is to attract and assist businesses and entrepreneurs by advocating, promoting, and collaborating to support a sustainable and thriving community. 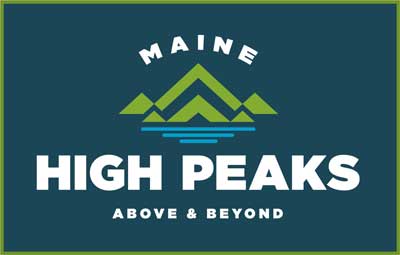